Showing posts from November, 2018
Show all

Deal of the Day - The Midnight Groom

The Midnight Groom by Taylor Hart How much would you bet on true love this Christmas season? After the worst year of his life, Cameron Cruz, owner of the Denver Storm, agrees to a family Christmas cruise with his twin sister and her family. Sure, maybe part of the reason he agreed to go was because it got him out of court mandated therapy for a week. Still, he was trying to focus on relaxing. He was trying to focus on having fun. He was trying not to look at the reports that came everyday from the private investigator's he'd been hiring and firing for the past year to bring justice to the man who killed his wife. Isabel Kind was only on this Christmas cruise for one reason--to heal. After tragically losing her husband and son five years ago, she'd been stuck. And she and her therapist thought doing the list of excursions they'd planned to do as a family--might help her move on. When she sprains her ankle and Cameron Cruz offers to help her, she finds hersel
Post a Comment
» » » » 𝐑𝐄𝐀𝐃 𝐌♡𝐑𝐄 » » » »

Release & Giveaway - Dream Of Me This Christmas Eve 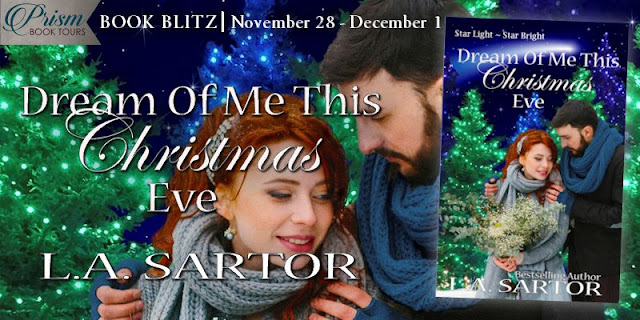 On Tour with Prism Book Tours Release Blitz for Dream Of Me This Christmas Eve By  L.A. Sartor Dream Of Me This Christmas Eve (Star Light ~ Star Bright #4) By L.A. Sartor Contemporary Romance, Christmas ebook, 127 Pages December 1st 2018 Boulder, Colorado, attorney Maximillian Henderson III is in a bind. His new law office won’t open on schedule unless he finds immediate help to finalize his building’s renovation. Award-winning designer Caroline Young is visiting Boulder for a family wedding and has promised to stay through Christmas. Meeting Max at the wedding and hearing his problem, she accepts his plea for help. But if she can make him see past his own nose, she could make it even better. Creating a new design only works if she commits to staying longer. By doing so, she puts her heart and her treasured independence at risk. Max is aware her life and business are in California, and a long-term relationship is impractical. Still she adds vibrancy to his p
11 comments
» » » » 𝐑𝐄𝐀𝐃 𝐌♡𝐑𝐄 » » » » 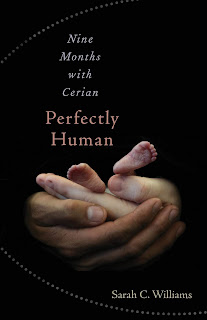 Whew. This is the second non-fiction book I’ve read recently. I say “whew” because knowing a story is non-fiction makes a different kind of impact on me—especially when it pulls me through all the  feels  like this one did.  Perfectly Human: Nine Months with Cerian  is a heartbreaking and memorable story of life and love. It’s a short read that makes a long-lasting impact. ⭐ ⭐ ⭐ ⭐ ⭐ Author: Sarah C. Williams Publisher: Plough Publishing Pages: 124 Opening Line:  There are two entrances to the Women’s Center at the John Radcliffe Hospital in Oxford. I received a complimentary copy from the publisher.
Post a Comment
» » » » 𝐑𝐄𝐀𝐃 𝐌♡𝐑𝐄 » » » » 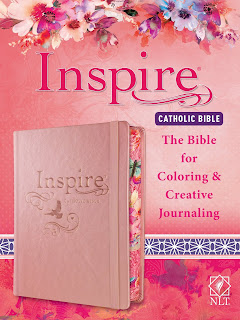 The  Inspire for Catholic Bible  is a unique, creative, and interactive way to worship and study. Although I’m not Catholic, this New Living Translation is a wonderful way to spend time in God’s Word. (This Bible is considered a Catholic Edition due to meeting the requirements of Catholic orthodoxy.)  I love the beautiful line drawings to color throughout, allowing my creative juices to flow, and the ruled spaces for journaling or note taking. My favorite part of this Bible is the flow of words. The phrasing is easy to understand and reads like a story—allowing my Scripture reading to be fluid, and eliminating the need to stop to look up words or meanings.  The Bible has a leather-like rose gold cover with an elegant debossed title and diagram of a dove. It has an attached ribbon bookmark, closure band, a lay-flat design, and an attractive cardstock slipcover.  I’m a creative person, so I love journaling Bibles and interactive worship tools. The NLT is an easy to rea
Post a Comment
» » » » 𝐑𝐄𝐀𝐃 𝐌♡𝐑𝐄 » » » »

I HAVE A SEVERE CASE OF COVER LOVE! 💞💞💞💞💞 My Brother’s Bride by Rachael Anderson Abigail Nash leads a lonely existence. Her mother died giving birth to her, her father’s business dealings took him away more often than not, and her ailing great-aunt, unable to provide much in the way of companionship, was a lack-luster guardian at best. So when her dear friends offered to launch her into London society, it appeared Abby’s life was taking a turn for the better, with suitors and social engagements aplenty. When she marries a proclaimed darling of the ton, it seems she will at last settle into the life of her dreams. But appearances aren’t always what they seem, and dreams often become disappointments. Just months into her marriage, Abby finds herself widowed, penniless, increasing, and determined to never hope again. But when her late husband’s brother, the Earl of Brigston, attempts to thaw the numbness surrounding her heart, Abby must decide if she has it in her to ri
Post a Comment
» » » » 𝐑𝐄𝐀𝐃 𝐌♡𝐑𝐄 » » » »

Rebekah Morris  and  Faith Blum  have teamed up for a fun  Christmas Duet Blog Tour!   Why Christmas Duet?    Because both books have titles that have to do with a Christmas song! Be sure to check out all of the blog posts as well as the giveaway. ☆ 🎄 ☆ 🎄 ☆ 🎄 ☆ 🎄 ☆ His Law is Love ,  by  Rebekah A. Morris Will hate and fear drown the song of Christmas love? Amelia is eagerly anticipating her first Christmas in the west, but she soon finds that her brother-in-law's worry and her sister's exhaustion reach far deeper than the cares of a ranch and a family. A rash of fires and cattle thefts is plaguing the area, and the three young orphans they've sheltered are under suspicion from their prejudiced neighbors. As hostilities mount, Amelia seizes every opportunity to help and encourage, but how much can one girl do? Will Reverend Brown win the community over to the true spirit of love? And will help arrive before everything they hold dear is
6 comments
» » » » 𝐑𝐄𝐀𝐃 𝐌♡𝐑𝐄 » » » »
More posts