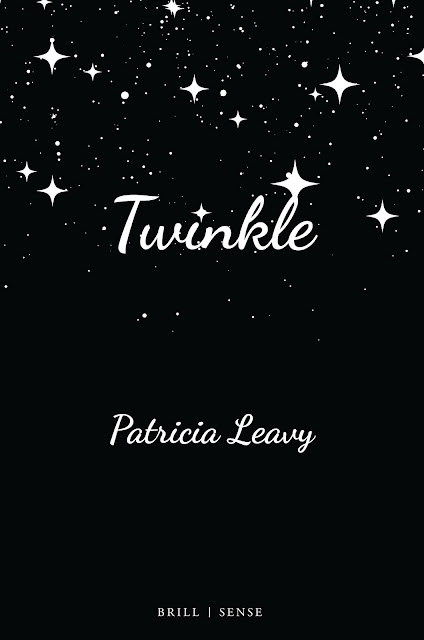 Tess is a wildly successful and world-famous novelist. Her inspirational books explore our innermost struggles and the human need to believe that there is light at the end of the tunnel.

Jack is a federal agent. After spending decades immersed in a violent world, a residue remains.

As they both heal from past trauma, their epic love, fostered by their ability to truly see one another, has brought them true happiness. However, when an anonymous threat is made against Tess’s life, everything changes. Will they learn to lean on each other, or will they fall apart into the darkness?

Their friends are along for the ride: Omar, Tess’s sarcastic best friend, who calls her Butterfly; the female president of the United States, who Tess visits regularly to discuss politics and bake cookies; Joe, Jack’s friend from the Bureau, who understands the sacrifices he’s made; and Bobby, Jack’s younger friend, who never fails to lend a calming presence.

Twinkle is a novel about the nature of doubt, the struggle to feel worthy of love, the relationship of the small part to the greater whole, and the ways in which love – from lovers, friends, or the art we experience – can help us move from trauma to healing and redemption. Written as unfolding action, Twinkle is a poignant novel that moves fluidly between melancholy, humor, and joy. 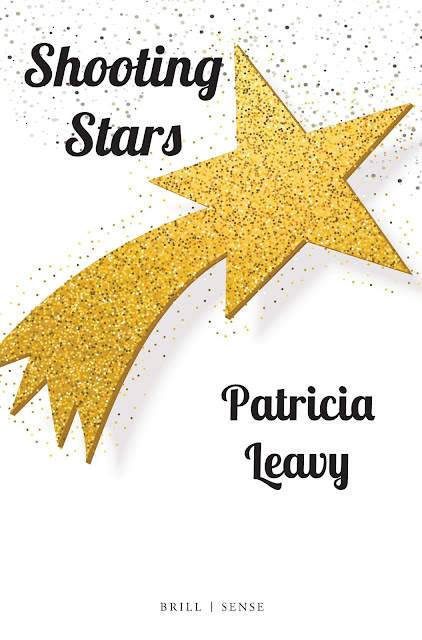 Despite her extraordinary success, she’s been unable to find personal happiness. Jack Miller is a federal agent. After spending decades immersed in a violent world, a residue remains. He’s dedicated everything to his job, leaving nothing for himself.

The night Tess and Jack meet, their connection is palpable. She examines the scars on his body and says, “I’ve never seen anyone whose outsides match my insides.”

The two embark on an epic love story that asks the questions: What happens when people truly see each other? Can unconditional love change the way we see ourselves? Their friends are along for the ride: Omar, Tess’s sarcastic best friend who mysteriously calls her Butterfly; Joe, Jack’s friend from the Bureau who understands the sacrifices he’s made; and Bobby, Jack’s younger friend who never fails to lighten the mood.

Shooting Stars is a novel about walking through our past traumas, moving from darkness to light, and the ways in which love – from lovers, friends, or the art we experience – heals us. Written as unfolding action, Shooting Stars is a poignant novel that moves fluidly between melancholy, humor, and joy. 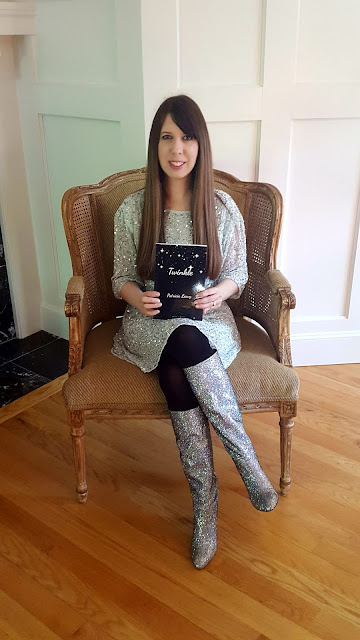 Patricia Leavy, Ph.D., is a bestselling author. She was formerly Associate Professor of Sociology, Chair of Sociology and Criminology, and Founding Director of Gender Studies at Stonehill College in Massachusetts. She has published over thirty books, earning commercial and critical success in both fiction and nonfiction, and her work has been translated into many languages. She is also series creator and editor for ten book series with Oxford University Press, Guilford Press, and Brill/Sense, including the ground-breaking Social Fictions series.

She has residences in Maine and Massachusetts where she lives with her husband, daughter (when she’s not away at college), and her dog. Patricia loves writing, reading, watching films, and traveling.

Did you always want to be a writer?

Yes, I’ve loved creative writing since I was a little girl. When I was about ten years old, I had a wonderful teacher and she really encouraged my writing. I actually tried writing a novel at the time, an epic love story between people who help each other heal, but because I was ten, it didn’t pan out! Even though I always wanted to be a writer, I was too afraid to pursue it. It takes a lot of courage and vulnerability to put your creative work out and there can be so much rejection and critique. I didn’t think I could handle it so I chose another path, got a doctorate, and became a professor. As a result, I started publishing nonfiction books. After years of doing that I realized life was short and I found my courage. I wrote my first novel, quit my teaching gig, and I’ve never looked back.

How do you find inspiration for your novels?

It never happens the same way twice, which is why I’m still in love with writing. Sometimes I get a complete idea. I’ll have some experience or even just hear a song or see a painting and an entire story comes to me, beginning to end complete with characters, and it unfolds in my mind like a movie. Then I need to transcribe it. Other times I just get a little spark of idea. For example, a character will come to me and that’s the starting point. Sometimes there’s a topic or theme I want to explore and I try to develop characters and build a plot around it. Other times there will be a structure I want to use, for example, seeing characters on their own, then experiencing something together, and then on their own again. I’ll stew on it until I come up with the story that serves the structure. Recently I was watching a movie and a song played. As it played, an entire scene at a restaurant came to me—the setting, the characters, the conversation. I was like, “Uh, who are they and where does this belong?” The next day I started drafting a novel with that scene as the centerpiece. Like I said, it never happens the same way twice, which makes it magical.

What inspired you to write Twinkle?

I’ve always wanted to write a love story, but never did. Then one day, Shooting Stars came to me in a burst, which was very different from the way my other novels have materialized. Shooting Stars came to me quickly, and I wrote the entire first draft in about ten days. I barely slept, I didn’t respond to emails, and if anyone spoke to me, I’m sure I didn’t hear a word they said. I was completely immersed, more than I’d been with anything before. Shooting Stars explores love and healing from trauma. When I finished writing it, I knew there were more stories to tell and I loved the characters so much I wasn’t ready to let them go. I wanted to look at love and other topics, writing each novel as a stand-alone. I was standing on my balcony looking up at the sky and the word “twinkle” came to me. Suddenly, the novel unfolded before my eyes. I immediately began writing what became Twinkle, which explores love and doubt.

This novel moves between humor, melancholy, and suspense. What kind of tone did you want to capture?

When I tackle challenging subject matter, I try to create a balance between the lighter and darker moments. I think of the light, airy, funny bits as the soufflé. These parts aren’t trivial though, because they create balance. These lighter parts allow me to take on some of the darker topics in the book, such as the re-traumatization Tess experiences when her childhood abuse resurfaces or the trauma Jack relives from his job as a federal agent and the death of his daughter, when they are both forced to deal with the threat against Tess’s life. This is heavy stuff, but ultimately, I wanted to write a book that moves between darkness and light. The funny bits, whether it’s outrageous sex talk at a black-tie gala, or the humorous conversations between Tess and her best friend Omar, allows the story to breathe. In the end, the message of the book is all about learning to breathe through the tough times, and, learning to move through darkness to light. I tried to mirror that theme with my approach to story-telling. I’ve been enormously flattered that some readers have told me they laughed out loud so hard they snorted and they also cried. They’ve also said the story lingered and they carry the characters with them. I can’t think of a better compliment.

I spent every waking moment of every day and night mentally in this story’s world. It was an immersive, emotional, and cathartic experience. The writing process was completely different than most of my previous novels. Typically, I draft a rough outline and then write the novel in chronological order. I viewed this one as a compilation of scenes, and that’s how I wrote it – completely out of order. Because I wrote it as a series of scenes, I didn’t know how many chapters there would be so I labeled my files things like “Bar scene” and “Gala scene,” knowing in the end I would string them together. The book is written entirely in real time so I didn’t utilize some of the literary devices I’ve used in the past. There’s no interior monologue, nor are there any flashbacks. I wanted readers to experience these characters as they experience each other: together and in real time, through their interactions and dialogue. The structure of this novel is completely organic; there was no formula. I absolutely loved the writing process and have continued to write other books in the same manner. By pushing myself to write in a different way, a whole new world of possibilities opened up.