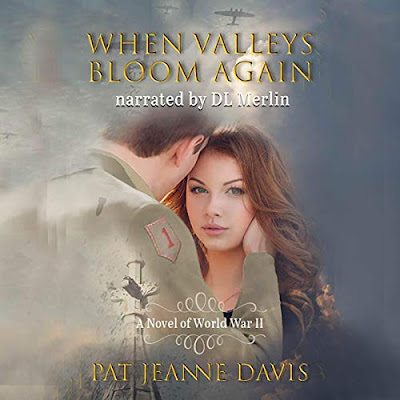 As war approaches in 1939, Abby Stapleton’s safety is under threat. Her father, a British diplomat, insists she go back to America until the danger passes. Abby vows to return to her home in London - but where is home? With her family facing mortal danger so far away and feeling herself isolated, she finds it hard to pray or read the Bible. Did she leave God behind in war-torn London, too? Abby becomes friendly with Jim, a gardener on her uncle’s estate.

Jim can’t get Abby out of his mind. Did she have a sweetheart in England? Was it foolish to think she’d consider him? He curses his poverty, and the disgrace of his father’s desertion and drunkenness haunts him. Can he learn to believe in love for a lifetime and to hope for a happy marriage?

Abby couldn’t know the war would last a long time, nor that she would fall in love with Jim - soon to be drafted by the US Army - or that she’d have to confront Henri, a rejected suitor, determined by his lies to ruin her reputation and destroy her faith in God’s providence. Will she discover the true meaning of home and find happiness with Jim?

I love listening to audiobooks, especially when reading a physical book isn’t an option, such as while I’m driving or cleaning the house. I’m usually able to be captured by the story rather easily. I must admit, it took me a little longer than usual to sink into When Valleys Bloom Again, partly due to the narrator’s tone and inflection.

D.L. Marlin offers a saccharine sweet narration, using various voices for a diverse cast of characters, which I found somewhat distracting. I felt more as if I was being read to, rather than the story fully coming to life.

I’ve always been drawn to stories with a war setting or backdrop. Perhaps due to the strength and perseverance of those who battle, whether on the field or at home. I sympathized with Abby and imagined walking in her steps. I enjoyed her growth through war, separation, faith building, and love.

Overall, Pat Jeanne Davis’ When Valleys Bloom Again is a sweet, inspirational WWII story with themes of finding purpose and love, as well as following God’s lead. After an unhurried start and time to become accustomed to the narrative voice, the story ultimately picks up pace and delivers an entertaining tale.