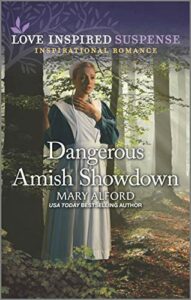 Book: Dangerous Amish Showdown
Author: Mary Alford
Genre: Amish Suspense
Release date: August 24, 2021
Under siege in Amish country…
She must fight for their lives.
Gunshots shatter Willa Lambright’s placid Montana evening—and that’s before she discovers on-the-run lawman Mason Shetler on her doorstep. Willa hadn’t glimpsed her childhood friend since he’d turned his back on Amish country years before. Now the US marshal’s returned with an injured partner, a young witness he must protect at all costs…and vicious Mafia agents dead set on making sure none of them survive.

“We can’t afford to call this into our people until we’re certain.”

Erik blew out a heavy sigh. “Roger that. But for the record, I sure hope you’re wrong.”

Mason did, too. If these were Bartelli’s people, he and Erik would have to find a way to neutralize the threat they posed before the entire countryside was teaming with criminals.

He glanced to the back seat. So far, Samantha hadn’t picked up on the danger steamrolling their way. Unfortunately, he wouldn’t be able to keep it from her. She was smart beyond her years.

Bartelli’s murder trial was scheduled to take place in exactly four days in Helena. Right now, it felt like a lifetime. Samantha had a time bomb attached to her tiny shoulders ticking off each second until the trial and it was ready to explode at any moment. If Bartelli had his way, she’d never make it to the courthouse.

Mason ran a hand over his tired eyes and tried to think beyond the danger. Childhood memories of growing up Amish here came back in a rush. The high country surrounded by the Rocky Mountains held vast wilderness areas. The Amish community of West Kootenai lay beyond those mountains. 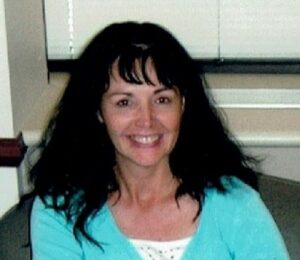 USA Today Bestselling author Mary Alford loves giving her readers the unexpected. Her titles have appeared on the USA Today list, Publisher’s Weekly bestseller list, and have finaled in the Daphne Du Maurier award of excellence in mystery, The Beverly, The Maggie, and The Selah Awards.

Mary is an avid reader. She loves to cook, can’t face the day without coffee, and her three granddaughters are the apple of her eye. She and her husband live in the heart of Texas in the middle of 70 acres with two spoiled cats and a dog who thinks he owns the place.