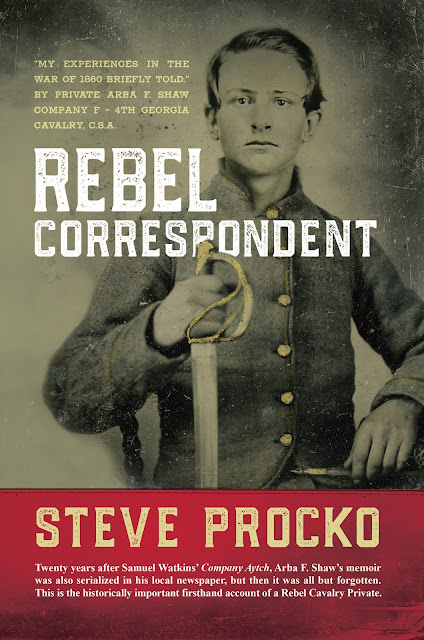 Rebel Correspondent is the true story of a young man who joined the Confederate Army days after his eighteenth birthday and served bravely until the war ended. Wounded twice, he emerged a changed person. But he wasn't just a returning veteran; he was also a writer.

At the beginning of the twentieth century, Arba F. Shaw was a fifty-seven-year-old farmer. On a chilly December day in 1901, he put pen to paper to write his memories of being a Rebel Private in the 4th Georgia Cavalry (Avery), C.S.A. He completed writing his account in February 1902. His local newspaper, the Walker County Messenger, in Lafayette, Georgia, published his account in more than fifty articles from 1901 to 1903. Then it was all but forgotten. Until Now. Rebel Correspondent presents Arba F. Shaw's account word-for-word, as first published in the Walker County Messenger almost 120 years ago. Procko annotates Shaw's account with in-depth research, verifying it and uncovering the back story of his life and the lives of his Rebel comrades. Procko's research offers a historical perspective on the many places and events Shaw so richly described. 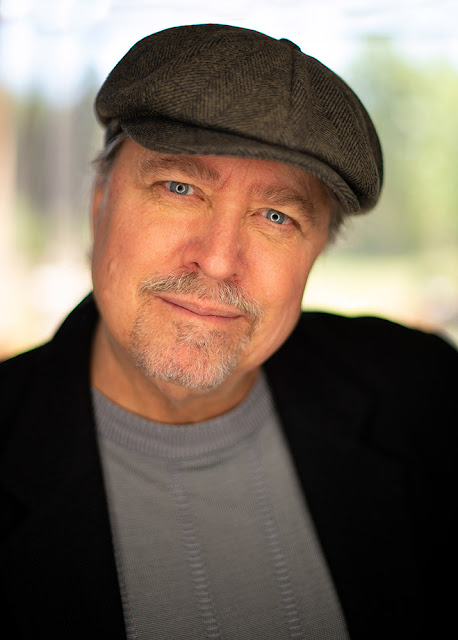 Steve Procko never thought of himself as a Civil War history buff, let alone a biographer. He does love history, however, particularly learning about the small, everyday events in the lives of little-known people and the small towns they lived in.

A documentarian and cinematographer, Steve was sleuthing stories for a documentary series he has developed, “There’s History Around Every Bend,” currently available on YouTube, when he came across the writings of Private Arba F. Shaw.

The down-to-earth accounts of the everyday life of a lowly private just struggling to survive one of the greatest events in American history fascinated Steve. As he read the series of articles, mostly unread since they were published in a small, north Georgia newspaper in 1901-1903, he began to realize that this was a remarkable cache of history.

A native of Florida, Steve, with his Lauren and their dog Rigby, splits his time between a mountain log cabin nestled next to Stanley Creek near the town of Blue Ridge, Georgia, and a home in Ocala, Florida.

When he’s not behind a video camera or researching the archives for his next documentary or book, Steve explores remote areas throughout the United States and Canada as a fine art photographer. He has had work displayed at The Carnegie Institute in Pittsburgh, Pennsylvania, The Museum of Art in Ft. Lauderdale, Florida, as well as solo and group exhibitions throughout the United States.

Steve’s second book, Captured Liberty, another Civil War story about nine POW Union officers and their amazing escape will be published in 2022. He also plans to develop documentaries about The Rebel Correspondent and Captured Liberty.
connect with the author:  website ~  twitter ~ facebook ~ instagram ~ goodread

My book Rebel Correspondent is the true story about a young man name Arba Shaw. Shaw joined the Confederate army seven days after his eighteenth birthday and served bravely for more than two and a half years until the war ended. He emerged as changed person. Shaw was born in 1844 and died in 1909. He lived his entire life in the shadow of Lookout Mountain in Northwest Georgia, except for the brief time when he went to war. Then at the turn of the twentieth century, he wrote an account of his experiences in the Civil War.

Writing this book can be best described as a historic scavenger hunt, and I loved turning up details that had been forgotten to the past. I really wanted to know what Arba looked like. Where were the photographs of him? From the very beginning of researching this book, I set out to locate his descendants. A very detailed genealogy of the Shaw family was built, which was critical since so many of his relatives are in his original account. I found quite a few descendants, and was able to talk by phone with about a half dozen of them and met two of them at Arba’s grave. These were all 1X and 2X great-grandchildren and I was really surprised that none of them had a photograph of him. Most were aware of him and that he wrote about his experiences in the war but not much else. In the five generations that descended from Arba, objects once cherished had become objects lost.

When it was all said and done, through all of my searching, I could only come up with one photograph of him and his wife, that was actually published in the newspaper in 1907. So it is a low resolution copy from a newspaper halftone. The only surviving image of him so far discovered.

When I started to think of a cover design for the book, I wanted a Civil War era vintage image of a soldier, preferably Arba himself. But having exhausted all possible sources from photographs of Arba, I found several unidentified soldier images through the Library of Congress and photoshopped them together. I do mention this at the beginning of the book so as to not mislead anyone.

In one image I found a historically-accurate Confederate Cavalry Soldier uniform and in another, the face had to be a very young rebel soldier. When Arba enlisted he said, “When Captain Moore was administering the oath and it came my turn he said to me: ‘I don’t believe you are old enough.’ I said I was 18. He said you don’t look to be more than 16. I was 5 ft. 4 in. tall and was beardless.” I also wanted to place a subliminal message in the image.

I’m going to let the readers out there figure out what the cover’s subliminal message is. Send me a note at RebelCorrespondent.com once you figure it out.