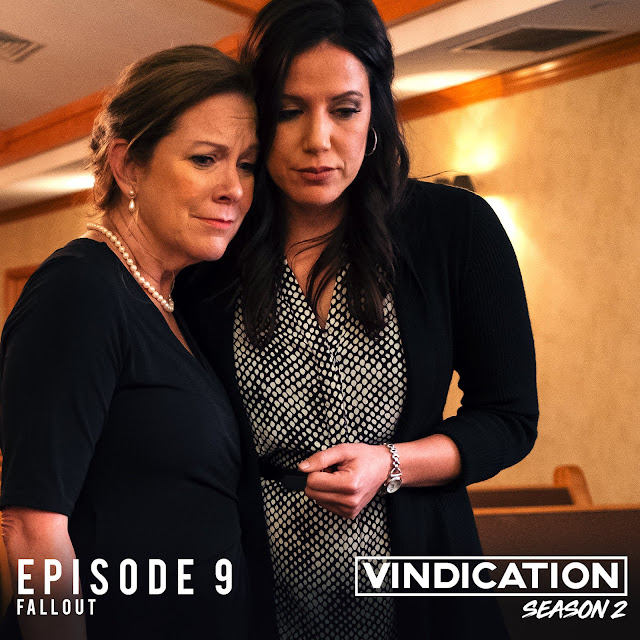 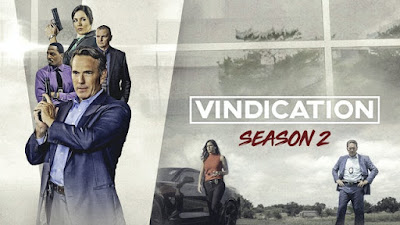 Vindication is an episodic faith-based crime drama that follows the small-town investigative work of Detective Travis. A twisted, gut wrenching, psychological crime thriller of Detective Gary Travis in the Dallas suburbs where not everything is as it seems.

Wow. It’s difficult to review this episode because I don’t want to give any spoilers, but it’s a doozy! As with the previous episodes I’ve watched, this one has stirred so many emotions in me. And yes, I shed tears. FALLOUT is so emotionally charged. It reveals the power of friendship, the power of forgiveness, and the ultimate power of prayer. It shows that no matter what we’re going through, God can show us a way through it.

Detective Travis’s longtime friend and fellow officer, Joe, is arrested, as well as Kris’s brother Shane. These two arrests shake up their families as well as the East Bank police force, and the fallout is devastating. Detective Travis tells Joe’s daughter, Phoebe, “God doesn’t abandon us just because we mess up…he’s always here.” And this statement pretty much sums up the theme of this episode.

FALLOUT is one of the most emotional episodes I’ve watched so far. It shows the impact one person can make on so many others. It also foreshadows something surprising concerning Sgt. Tomlinson that makes me so eager to watch the next episode to see if my hunch is correct!

Thank you to Pureflix, for my subscription.

Enter the GIVEAWAY to win a 6-month subscription to PUREFLIX

so you can watch VINDICATION and other great shows.