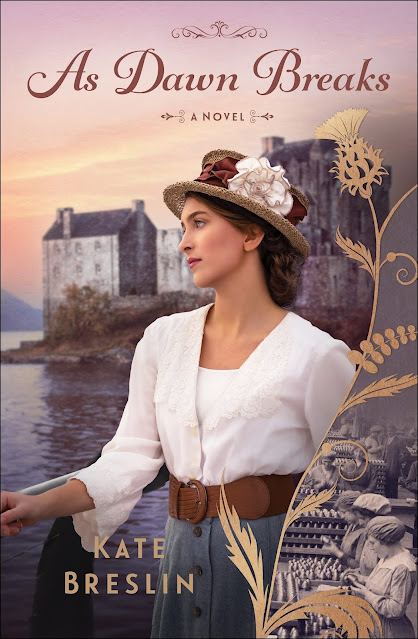 Only by searching the bowels of hell would he find the devil.

“The prisoner’s cell is this way, Captain. If you’ll follow me.”

Her daring bid for freedom could be her greatest undoing.
Amid the Great War in 1918 England, munitions worker Rosalind Graham is desperate to escape the arranged marriage being forced on her by her ruthless guardian and instead follow her own course. When the Chilwell factory explodes, killing hundreds of unidentified workers, Rose realizes the world believes she perished in the disaster. Seizing the chance to escape, she risks all and assumes a new identity, taking a supervisory position in Gretna, Scotland, as Miss Tilly Lockhart.

RAF Captain Alex Baird is returning home to Gretna on a secret mission to uncover the saboteur suspected in the Chilwell explosion, as Gretna's factory is likely next. Fearing for his family's safety, he's also haunted by guilt after failing to protect his brother. Alex is surprised to discover a young woman, Miss Lockhart, renting his boyhood room, but the two eventually bond over their mutual affection for his family--until Alex receives orders to surveil her.

Rose squirms beneath Alex's scrutiny while she struggles to gain her workers' respect. But when her deception turns to danger, she and Alex must find a way to put their painful pasts behind them and together try to safeguard the future.

As Dawn Breaks takes place in WWI Scotland and deals with defeat, recovery, endings, new beginnings, forgiveness, romance, and the importance of family. It focuses on Rosalind Graham (Rose) who finds work at a munitions plant. I find this period of history fascinating and I’m in awe of the women who became factory workers and delved into the war effort. Especially the ‘Canary Girls’ who dealt with dangerous chemicals that turned their skin yellow, putting their lives in danger for a bigger cause. I put myself in their place and wonder how I would’ve handled life in those days.

I connected to Rose and Alex with ease. I love how Alex felt a pull toward Rose but knew something was off. Afterall, she wasn’t who she claimed to be. I adored how Rose melded in with the Baird family. These characters have so many layers and I felt great anticipation with their dangerous investigation, and of course their slow-build romance kept me turning pages.

Having visited Scotland, I feel as if I’ve been transported there again. The amount of research Ms. Breslin did is evident. There is a wealth of historical detail that makes this story convincing and enough heart to fill every single page. As Dawn Breaks is a wonderful title, the cover is stunning, and the story is riveting. It belongs on my keeper shelf along with Breslin’s previous books.