Join Us for This Tour from  November 26 to December 17! 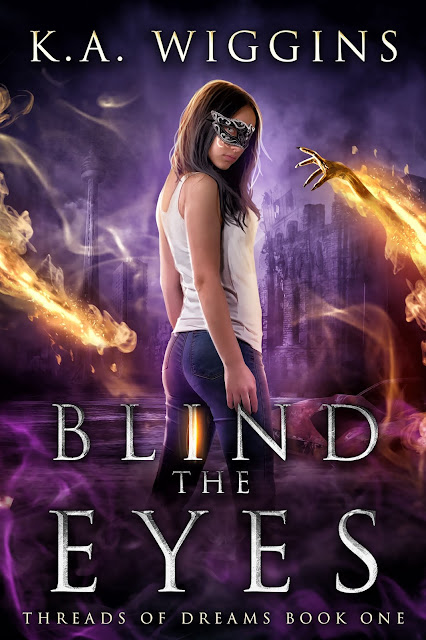 
A haunted teen outcast and her snarky ghostly best-frenemy outwit enforcers, monsters, and the scars of the past in a race to take expose a deadly conspiracy and escape a bloody end. A lush, award-winning debut to a captivatingly eerie YA Urban Fantasy trilogy. Discover a labyrinthine, post-climate-collapse dystopian Vancouver overrun by monsters and magic in this intricate and startlingly original journey of discovery, restoration, and revenge.

It's hard not to be a little obsessed with survival when your only "friend" is an unruly ghost and the wrong thought could get your soul devoured by eldritch horrors. Haunted 17-year-old outcast Cole wants nothing more than to hide her forbidden fascination with the monster-taken and blend in with the (dreary) scenery. Her plans for a peaceful life take a turn for the deadly when a mesmerizing stranger and his dangerously tempting offer drive her into the middle of a grisly conspiracy.

But Cole hasn't yet uncovered the biggest secret of all, and it might just have something to do with the mysterious threads tugging her into horrifying visions—not to mention the shimmering boy at their dark heart. Uncovering the truth will cost her dearly as she fends off scheming enforcers, dreamjacking ghosts & soul-sucking nightmares in a desperate quest for survival and retribution. Can she escape the scars of her past and expose the lies before she's the next to die?

Blind the Eyes is the first book in a lush and labyrinthine trilogy of paranormal-meets-gothic-dystopian YA Urban Fantasy filled with glittering underworlds, delicious-and-deceptive strangers, and facing down the voices in your head. This slow-burn fantasy with an edge leads readers on a captivatingly unexpected journey of self-discovery, reclaimed identity, and conflicted sisterhood for those who like a little sparkle with their monsters (it glistens so nicely on all the blood.) Fans of post-climate-collapse dystopias, monsters-and-magic, and genre-bending dark fantasy will love this award-winning series starter in a complete and 100% binge-ready trilogy.

There is a wonderful quote in Dorothy L. Sayers’ fantastic early-feminist mystery novel Gaudy Night to the effect of: it’s what I’m good at, so why should I do anything else?

Of course, that does not sound particularly artistic, nor does it satisfy the myriad questions that follow, such as: how do you know you’re good at it? And: but what if/when it doesn’t pay the bills and other things do?

So I’ll add that I had the encouragement of a series of wonderful teachers and also won some small prizes as a teen; that it is the domain in which I seem to have the easiest time while producing the best result and occasionally even have fun in; that I really wanted to do nothing as a child but read and not much has changed; and that, when I was bumping up against the glass ceiling in my marketing and corporate analyst career and was very foolishly asked what I wanted to do, the answer was, as it has been for most of my life: be an author.

It comes as something of a surprise to me that my stories all come out rather twisted, though perhaps it shouldn’t; I recently rummaged through some old files and pulled out a high school creative writing assignment with a teacher’s margin note saying, “you should be a horror writer!” However, as a child, I had a very low tolerance for horror, and I still tend to fast-forward or multitask when watching creepy films. Too much imagination!

However, I seem to be fascinated with the aesthetic, the atmosphere, the character journey, and the questions of gothic fantasy. Or maybe I just want to write about monsters. Writing about dark things, scary things, dead-or-deadly things, is an excellent way to take back power over those things and to interrogate your own thoughts and feelings about them.

I’m also fascinated by characters who don’t fit the aspirational-and/or-relatable mold. Gothic literature has so many more stories of people—girls and women in particular—trying to survive in or escape from adverse circumstances, trying to uncover secrets and see through lies, trying simply to be and be themselves, rather than setting out to slay dragons. My characters tend to struggle and resist and fear and agonize, not dominate. They’re not “kickass” heroines, or at least they don’t usually start out that way.

As a teen, I struggled with this quite a bit, actually. I didn’t particularly want to write “Christian fantasy,” but I also felt a responsibility, even a burden about what I created. Over time, and the more steps I’ve taken out into the world as a creator and storyteller, my perspective on what that means has shifted.

I am becoming who I am—who God has made me to be, or is making me to be, if you will. And part of who I am is a writer, a storyteller, an author, a leader. I’m good at it. In religious speak, I’m “gifted” in it. And I believe in a God who calls us to do all things to His glory and live a life of service—but not necessarily a clerical life.

So I do my best as a writer, an author, a publisher, a leader, a teacher, and whatever else I might do for a season, and I believe that gives glory to God. And, further, I think it’s impossible to entirely separate who you are from what you create. It’s not necessary for me to plan a “religious” or Christian story or write a transparent parable for my experience, worldview, beliefs, questions, etc. to infuse my creative output.

This is a tough question, because on the one hand the answer is: how would it not? I don’t know how to write without bringing some of who I am, what I think or feel or know, onto that page with me.

But I do not write (or at least haven’t so far) written faith-based stories. My fiction has creatures from fairytale and myth. There are both magic and monsters. Characters do not reference faith or a higher power, nor do they have conversion or other religious experiences. So it’s not, structurally, a part of my stories. I don’t plan out faith-journey plot points.

However, the life I have lived, the things I have learned and experienced, the beliefs I hold and the questions I have, all of those things seep onto the pages.

In Cole from Blind the Eyes, I wrote a character struggling with the repressive demands of her society, with temptation, with uncertainty about trust and attraction with those outside her community. Refuge isn’t a transparent allegory for the church, but looking back, I do see how parts of Cole’s story as a young woman struggling to find her way in the world and unpack both the drawbacks and benefits of her worldview could resonate with someone who has a faith background and the process of becoming and adult and reconciling a larger world.

And, on a practical level, there are some things I just don’t feel drawn to or comfortable putting in my books, particularly books for younger audiences. I don’t fit into the “clean” fiction category (too much fantasy violence), but there’s very limited/mild bad language and no explicit content on the page.

It’s such a cliche to say “for those who are looking for something a little different” but . . . that is part of it. I write stories that blend genres, that are dark but not desolate, that give characters space to grow and don’t demand heroism or perfection right up front, that explore rather than preach, that celebrate language and demand a little thought.

My books are for fans of young adult fantasy with an edge, paranormal or urban fantasy with little romance and plenty of nuance, and climate apocalypse and near-future dystopian fantasy that leans hard into character development rather than thriller action. If you like Brenna Yovanoff, Victoria Schwab, Melissa Marr, Holly Black, Emily A. Duncan, or Kelley Armstrong, my books might be for you!

Learn more (and join the newsletter to get some free starter short reads!) at kawiggins.com or @kaiespace on social! 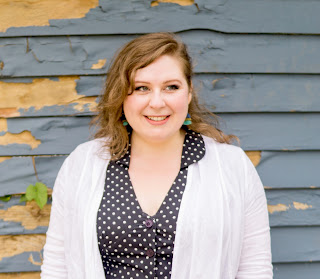 
K.A. Wiggins (Kaie) writes award-winning speculative fiction for young people and adults that explores the tangled webs of society, environment, and identity through intricate, dreamlike tales of monsters and magic.

Her debut novel was a Page Turner Awards 2020 Book Spotlight Prize winner and a Barnes & Noble Press "20 Favorite Indie Books of 2018," kicking off a celebrated and recently completed YA Urban Fantasy trilogy set in a gothic-dystopian post-climate-collapse Vancouver. Her short fiction has appeared in small press anthologies, genre magazines, and in translation for international audiences.

She's also the President of the Children's Writers and Illustrators of British Columbia society, co-founder of marketing and business services consultancy The Creative Collective, and a creative writing coach with the Creative Writing for Children society, and was recognized in the 2021 Arty Awards, taking first place in Literary Arts category.