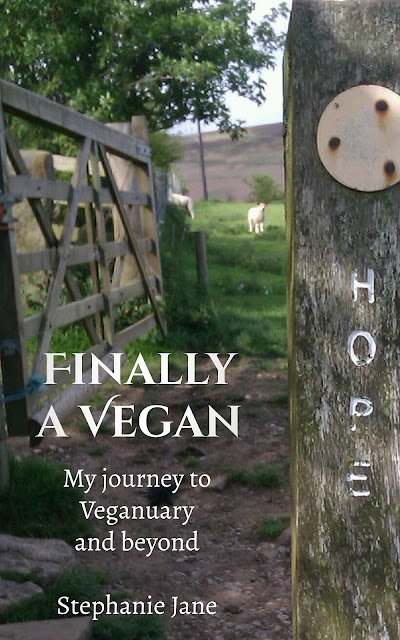 Book Description:
Stephanie took part in Veganuary, the month-long global challenge to try veganism, for January 2019. In Finally a Vegan she describes how her changing attitudes to animal welfare and exploitation led her from staunch omnivore to vegetarianism in the preceding years. She recalls her excitement at taking part in the challenge itself and shares her daily food diary, failures as well as triumphs.

Drawing on her post-Veganuary experiences, Stephanie then responds to the common questions But isn't it expensive? But surely it isn't healthy? and But what about my boots? before honestly asking herself How vegan do I want to be?

Ideal for vegan-curious readers, Finally a Vegan is an insightful memoir inspired by one life-changing month.

10% of Finally A Vegan profits will be donated to vegan projects and charities.

Are you having a good Veganuary?

Yes, thank you! It's quite mindblowing to realise that this is now my fourth Veganuary, and I feel just as committed to the cause now as I did back in 2019, plus I have much more confidence now.

Has staying vegan been difficult for you?

Personally, I love being vegan so I've never felt the inclination to revert to eating animals or using animal products. Early on there were occasional moments when finding good vegan food was tricky, but the blossoming of so much vegan interest in the UK these days means I am usually spoilt for choice which is great to see.

What about mistakes? Do you ever accidentally eat non-vegan?

Sadly this does still happen although far more rarely than when I first started out. Earlier this year, for example, a formerly-vegan cereal bar's recipe changed - the company added honey - and I didn't realise until after buying and eating one. I was annoyed with myself for not double-checking the ingredients' list. This is why vegans are often the people carefully reading every packet in supermarkets.

Do you get bored with vegan food?

Fortunately, quite the opposite! I'm a real foodie and learning about about vegan foods and nutrition has completely rekindled my enthusiasm for cookery. Apparently there's over 80,000 edible plants in the world so that is a lot of different taste combinations to try out. I eat a far more varied diet now than I ever did before.

What are you looking forward to in 2022?

Well, first I want to catch up with all the vegan treats launched during Veganuary. This month is becoming an exciting annual fiesta of new vegan products and it's easy to miss a few. Then I plan to continue supporting other vegans as much as I can throughout the year. I like to listen to vegan music and read vegan-authored books when I can find them.

I'd love to! How about Baked Pesto Mushrooms? I wipe large, flat mushrooms over with a damp cloth, cut out the stems, then lightly brush the mushroom tops with rapeseed oil. I then place the mushrooms - gill sides up - onto a baking tray, spreading a heaped tsp of vegan pesto evenly over the gills and where the stem was. I arrange halved baby plum tomatoes on top of the mushrooms as decoration. I put the tray into an oven preheated to 200c and bake the mushrooms for about 20 minutes.

When cooked, I carefully lift the deliciously juicy mushrooms with a flat, wide spatula, laying them on top of a bed of hot brown rice, then drizzling both with the leftover cooking liquid. Depending on how much salt there already is in the pesto, I sometimes sprinkle an extra pinch of over the tomatoes. This is a dish best eaten immediately. It does keep overnight in the fridge, but doesn't look so appetising when reheated. 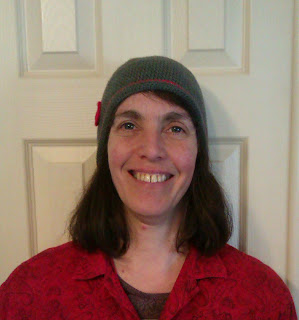 Stephanie Jane has been an avid reader for as long as she can remember. She loves discovering new authors from all around the world and is happiest when engrossed in a compelling novel with tea and cake to hand.

Raised in Sussex, England, Stephanie developed a wanderlust in her late twenties. She spends her time exploring the UK and Western Europe with her partner, setting out on foot or bicycle from their almost-vintage motorhome, and firmly believes everywhere has something worth seeing if we slow down enough to appreciate its smallest details.

Stephanie has been vegan since 2019 and strives to incorporate zero waste ideals into her life. She enjoys browsing vintage clothing shops and would collect antique kitchenware if she ever again lives in a house with enough space.

Finally a Vegan: My Journey to Veganuary and Beyond Book Tour Giveaway