Ittai calculated every footfall so as not to spook the piglet. 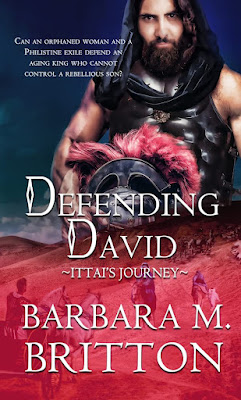 I am in total #booklove.

One morning, I picked up Defending David: Ittai’s Journey in hopes of reading a chapter or two before lunch, and I finished the book at dinnertime. I couldn’t put it down. I haven’t been so swept away by a story in some time. I was touched, inspired, and deeply satisfied.

I sank into this story with ease, delving effortlessly into the lives of Ittai and Rimona. I enjoyed seeing the events through their eyes, learning more and more about them and how their hearts were strengthened by loss, love, and loyalty.

I was quickly intrigued by Ittai—first as a boy, and then as a warrior in his thirties. He is easy to love and respect. He is bold, honorable, loyal, strong, and brave. What more could you ask for in a hero?

Rimona is such a strong-willed and determined woman, yet she is gentle-hearted and humble. I connected with her and her dilemmas with ease. I imagined being in her shoes and wondered if I would’ve had her fortitude.

Even the secondary characters, Parveda, Lana, Hamuran, and David, are expertly developed, each touching my heart in their own way. I loved the connection between Rimona, Parveda, and Lana, and enjoyed the friendship and banter between Ittai and his trusted commander, Hamuran.

Although this story is fictionalized, it is inspired by people and events in the Bible (II Samuel.) It placed me in the culture and atmosphere of biblical times, where I endured hardships, mourned losses, and celebrated victories alongside these people. This story not only entertained me, but it immersed me in the love and blessings of God and has inspired me to love deeper.

I look forward to reading more from this author. Barbara Britton is a gifted storyteller with a desire to inspire others to find peace and purpose in God’s love.

When a quiet journey to Jerusalem turns tragic, newly orphaned Rimona must flee a kinsman set on selling her as a slave. Racing into the rocky hills outside of Hebron, Rimona is rescued by a rugged Philistine commander journeying to Jerusalem with six-hundred warriors. Can Rimona trust this giant foreigner, or will she be betrayed once again?

Exiled commander, Ittai the Gittite, is seeking refuge in the City of David. Protecting a frantic Hebrew woman is not in his leadership plan. Though having a nobleman’s niece in his caravan might prove useful for finding shelter in a foreign land.

As Rimona and Ittai journey to Jerusalem, an attraction grows between the two orphans looking for a new home. The unlikely pair arrives in Jerusalem on the eve of a revolt against King David. Will the chaos separate them forever, or can a bold woman and a Philistine exile defend an aging king who has slain tens of thousands, but cannot control a rebellious son?

Purchase on Amazon, B&N, or wherever books are sold. Libraries can order the book as well.

A few years ago, my husband preached a sermon titled “A Friend Who Sticks Closer Than A Brother.” Little did I know, my husband was going to bring a Bible hero to light. You think I would have jumped on the story since I write about little-known Bible stories. It took me two years, but I finally wrote about Ittai the Gittite. Who?

Ittai was a Philistine exile who commanded six-hundred Philistine warriors. Was it a coincidence that Ittai and his fighting men arrived in Jerusalem the day before King David’s son rebelled? I don’t think so. God had a plan which included a foreign army commander.

You would think King David would be pleased to have a small army guarding his back as he fled Jerusalem barefoot and disheveled. David tries to send Ittai and his men away. If that wasn’t bad enough, David tells Ittai to fight with Absalom—against David. How crazy is this?

Here comes our Bible hero. Ittai refuses to leave King David. He pledges allegiance to God and to David. All this from a Philistine. A Philistine who believed in the One True God. The craziness is only beginning for Ittai and King David.

Ittai the Gittite shows up in my novel “Defending David.” My little-known Philistine commander arrives on February 25th. I also gave Ittai a love interest—Rimona the bold. Come travel through the craziness of II Samuel, chapters fifteen through nineteen and learn about a friend who stuck closer than a brother to King David. 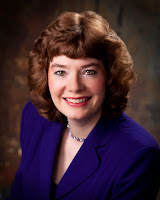 Barbara M. Britton lives in Southeast, Wisconsin and loves the snow—when it accumulates under three inches. She is multi-published in Biblical Fiction and loves bringing little-known Bible characters to light in her stories. Her WWI Historical Until June released in 2020. Barb has a nutrition degree from Baylor University but loves to dip healthy strawberries in chocolate. You can find out more about Barb and her books on her website at www.barbarambritton.com. 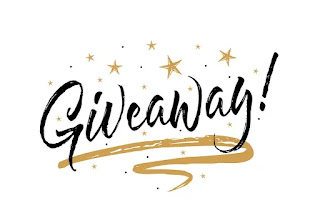 Enter for a chance to win a physical copy of one of Barbara Britton's books!