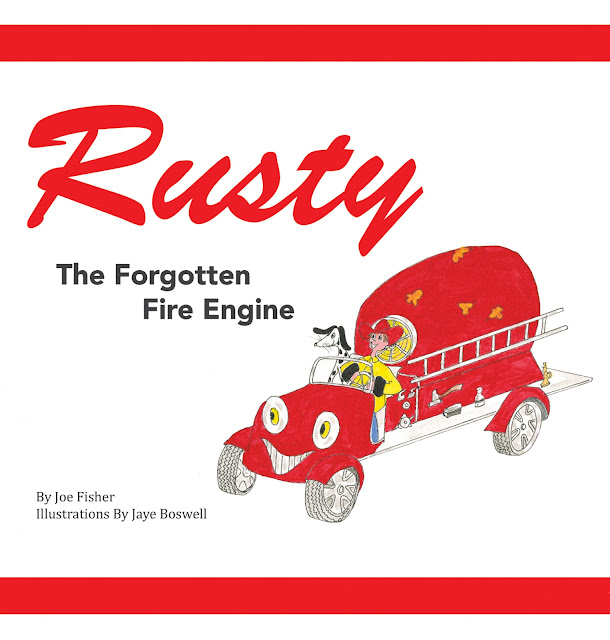 Book Title: Rusty the Forgotten Fire Engine (The Adventures of Rusty the Forgotten Fire Engine) by Joe Fisher
Category:  Children's Fiction (Ages 4-8), 32 pages
Genre:  Children's Fiction
Publisher:  Angler Publishing
Release date:   May 2017
Content Rating:  G for children.
When the Mayor Himself decides the town of Someport-by-the-Sea needs a new fire engine the Fire Chief picks a shiny, bright red one that has all the latest tools needed to put out fires. The new fire engine becomes the joy of the children in town and the pride of the fireman and townspeople alike.

But after many years the fire engine becomes old and worn until everyone begins to laugh and call it Rusty. Sad and forlorn Rusty is ignored and forgotten. Then during the 4th of July parade in a summer like no other Rusty saves the day in a most surprising and unusual way.

Rusty the Forgotten Fire Engine tells the story of a fire engine and the fireman and boy who love him. It is a lighthearted and multi-layered story, richly told, that will appeal to children and adults alike.

Whimsical illustrations create an air of fantasy, drawing children into Rusty’s world while stimulating their imaginations as they follow Rusty’s journey from hero to outcast and back again.

The surprise ending brings the tale to a heart-warming and satisfying conclusion that reveals all things have hidden value that is waiting to be released. Rusty the Forgotten Fire Engine is a classic story of love, loss, transformation and redemption.

Rusty The Forgotten Fire Engine is the cutest story! I love the emphasis on the fire engine even after it becomes old and rusty.

The entire town is excited to buy a brand-new fire engine. The shiny red truck with all its special tools leads the 4th of July parade each year. But once its shine wears off and the bell doesn’t ring as bold, the townsfolk begin to lose interest.

My grandson loves this story. It explains each part of a fire truck and its use. The little boy in the story hopes to be a fireman when he grows up, so he does what it takes to make his dream happen. The story has a celebratory and magical feel to it and offers a sweet and heart-warming ending. And the illustrations are adorable, rich with color and whimsical detail.

First Line: Once, many years but not so long ago, the people who lived in Someport-by-the-Sea decided they needed a new fire engine.

Joe, why did you decide to write this series?

Rusty was a story I told my daughter when she was young.  When I decided to put it in book form I had few expectations.  I thought of it as a one off,  a heartwarming tale about a forgotten fire engine who has a knack for solving problems in very unusual ways.

Then I did a reading for second graders in Miami and in the Q &A afterward the kids asked if I would write another Rusty book.  In return I asked if I did what should write about.  They quickly said Rusty becomes a water park and Rusty gets married.  I was a doubtful but in two weeks I had a plot outline for Rusty Goes to Water World and Rusty and Calliope.  Viola! The series was born.

What do your grandkids think of The Adventures of Rusty series?

Well I don’t have grandchildren (my daughter tells me to hold on) but I do have numerous grand nieces and nephews.  They all get a copy of a Rusty book when it comes out.  I’m very interested in their reactions, what they like, what they would change and so on.  Children are wonderfully imaginative and I get great ideas from them.

Below is a picture of two of my grand nephews reading Rusty the Forgotten Fire Engine for the first time.

What do you think is their favorite part of Rusty the Forgotten Fire Engine?

There is always a crisis and resolution in a Rusty story and it just so happens it is some quality or ability of Rusty that saves the day.  We try to make the run up to the climax very suspenseful.  I’ve found that most kids like most when the tension is released and everything returns to normal. As an example, my daughter, for whom the story was created, was always joyful when we reached the line “And all the flowers came back to life.”  Knowing it was coming she always said it out loud and and made hand signal to show their revival.

It also reminds me of my experience hearing Mike Mulligan and his Steam Shovel when I was a boy.  I was always anxious that the Steam Shovel would never get out of the cellar it hard just dug and relieved when it became the heater for the house.

What's in store for Rusty with Book 3 Rusty and Calliope that you are working on?

Well a more emotional side of Rusty comes out in the next book.  Rusty is used to being the center of attention and loved by the townspeople in Someport-by-the-Sea where he lives.  But when Calliope comes to Water World she charms the visitors and makes the water fountains dance to the melodies she plays.  Rusty is jealous and angry but intrigued and attracted to Calliope too. Spoiler Alert: eventually Rusty and Calliope get hitched for real and make beautiful music together.

Do you travel to schools doing book readings of Rusty?

Yes Jaye and I welcome opportunities to go to schools and libraries, wherever children congregate, to read our books.  But practically we can only go to schools that are in a reasonable distance.  So we have created several ways we can reach out to schools and libraries at a distance.  First we put the books into a PowerPoint format so a teacher can read the book to their students.  We also send a free book when we send a teacher or school the PowerPoint Presentation so they have all the materials to do the reading and use it over and over again. As a follow on to that we are working on a zoom option where Jaye and I can do remote readings.

Let add it is our policy to send free books to children’s hospitals.  For more about school  readings and hospital book gifts, please see JoeFisherBooks.com

Do you have any events coming up?

At the moment we do not.  We are busy trying to publish Ospreys in the Outfield and finish a rough draft of Rusty and Calliope.  It has been suggested to us that we do a Facebook live session.  So stay tuned...

Another book in the Series: 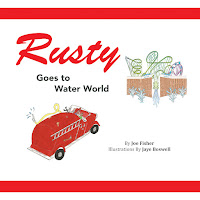 The townspeople of Someport-by-the-Sea want to honor Rusty for saving them during the “Summer Like No Other” so the Mayor Himself decides a park should be named in Rusty’s honor. But, finding the right place is not as easy as it sounds. Then when students at Sea Stone Elementary take Rusty on their end of year celebration at Water World things don’t go as planned.
Just as Mr. Spritz the Manager of Water World is about to close the park because of an equipment failure, Rusty, with the help of Fireman Jim and Mike the Deputy Fire Chief, once again saves the day and in the process finds a new home in a water park that bears his name. 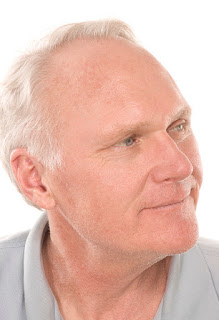 After successful careers in market research and public health consulting, Joe now writes fulltime from his home base in Sanibel Island, Florida.
Like his career, his writing is wide ranging from academic books to works for the trade including:
Recently, Joe jumped to the world of children’s picture books with the series The Adventures of Rusty the Forgotten Fire Engine:
A third book in the series, Rusty and Calliope, is in development.
In addition, a fourth children’s book, Ospreys in the Outfield: A Sanibel Story will be available in the fall 2022.