Spotlight and Excerpt: The Last Disciple 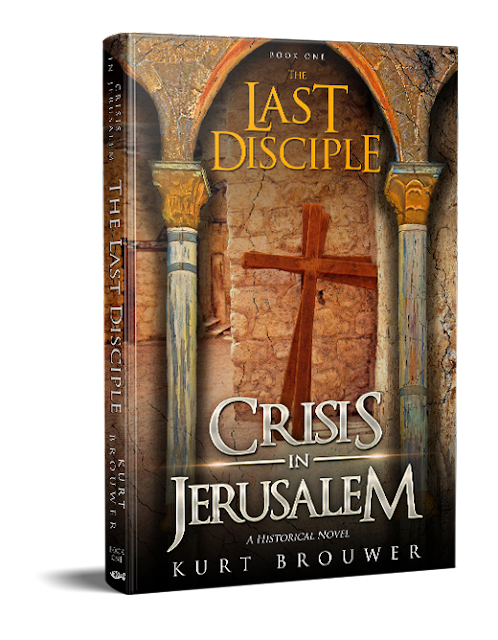 He was the Beloved Disciple…
…and he would be the last.
The mantle to tell the whole story has fallen on him.

From the cross, Jesus entrusted John, the youngest disciple, with the welfare of Mary, Jesus’s mother. Over thirty years later, as Jerusalem becomes a cauldron of explosive tempers, he receives a calling he doesn’t want.

And if he does, will it be too late?

In 62 AD, the Jewish high priest executes James, the brother of Jesus, triggering a bitter fight for power in Jerusalem that shatters the quiet life of John. The Jewish people he loves are making dangerous choices that will change the land of Israel forever.

Should he stay in Jerusalem and help hold off the Roman onslaught? Or is it time to reach out to those beyond Israel’s borders?

If he chooses to leave, what will be his message to these foreign believers? What new words of comfort could he possibly share?

Set against a backdrop of actual events, The Last Disciple: Crisis in Jerusalem is the first novel in a new series based on the Bible and Christian history.

Follow along while John faces multiple crises and comes to understand what it is to stand alone and lean on only the Lord.

Your heart will embrace The Last Disciple: Crisis in Jerusalem because John’s story is the story of our hope and promise.

Sheep bleated, cattle rolled their eyes, and young boys goaded them to move or just shoved them into line.

Under cover of the three porticoes of the Royal Stoa, merchants sat behind tables hawking the sacrificial animals. But the beasts themselves and their droppings came out past the designated area and filled the Court of the Gentiles with barnyard smells.

To one side, the moneychangers sat at tables filled with coins of gold and silver, particularly the Tyrian silver shekels used as the Temple currency. Behind them stood bruisers—street thugs—holding short, weighted staffs to beat down any thief brazen enough to try to steal.

Despite all the clamor, confusion, and mercantile activity, pilgrims wandered, staring with wonder at the Temple they had journeyed so far to see. They slowly paced through the court, seemingly oblivious to the noise and distractions.

John followed as Bartholomew sidled up to a merchant he knew as the man set up his table for the day’s trading. “Have you seen James, James the Just?”

The merchant said, “I heard the Temple guards arrested him and dragged him into one of the inner courts. Later, there was a commotion, and a few minutes ago someone said they dragged James out through the Shushan Gate. I know only that.” 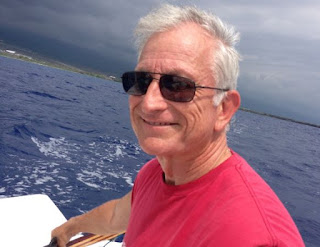 Kurt is a Christian writer, living in Hawaii. A few years ago he did a study at his church on the Apostle John. That little project got him hooked on the man who started out life as a fisherman and then became a disciple of Christ.

The more he learned, the more he wanted to know. What did John do after the Crucifixion? Why did he wait so long to write the Gospel of John? Where did he live for the last 60 years of his life? This historical novel came out of the research he did to answer those questions.

He started a blog (KurtBrouwer.com) a few years ago. On it he has written over 100 blog posts and a few Christian booklets.