For Love and Mercy 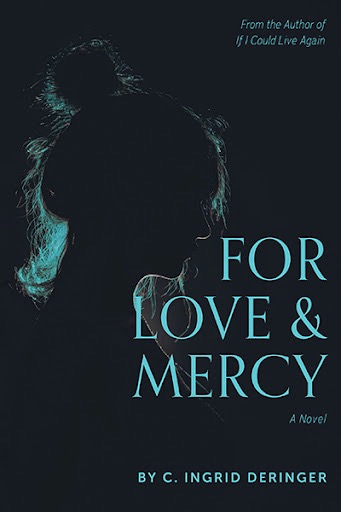 “Suddenly angelic beings of light appeared. They said I was at a crossroad, and it was here where I had to make a choice . . .”

In 2022, forty-two-year-old Dr. Stormy Hera, a music professor at the University of Victoria, is serving a manslaughter sentence at Sunnydale Forensic Hospital in British Columbia.

Although she can’t recall committing the crime, she feels strongly that she did the right thing. In the hopes of jogging her memory and healing her soul, Stormy is tasked with writing her autobiography as part of her rehabilitation.

Spanning the 1940s to 2026, and set in the Saskatchewan prairies, Olympia, Greece, and Canada’s West Coast, For Love and Mercy follows the lives of free-spirited Evangeline, and Stormy herself—including a near-death experience that changes everything.

For Love and Mercy is a fiction family drama story told in first-person yet has the feel of a memoir. I love the first-person narrative because it puts me in the main character’s head and gives me her perspective in all things.

Dr. Stormy Hera is an interesting character, serving time for manslaughter that she doesn’t remember being a part of. To cope, she writes a memoir, in hopes that reviving her past will help her heal.

First Lines: “Storm, I liked your autobiographical story. I’ve given you a B.” 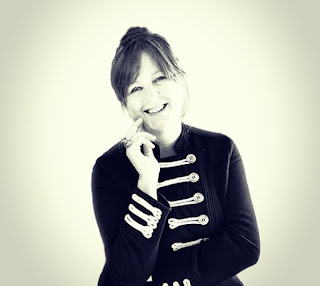 Charlotte Ingrid Deringer was born into a large family in Saskatchewan, Canada and has lived all across the country, on the east coast, west coast and everywhere in between.
Her family’s love of music, dance and practical jokes left a tremendous impression on her, but it was her voracious appetite for adventure that has driven her to experience life to the fullest. She was in her 50s when her creative passions ignited, fueling her desire to write fiction.
Ingrid holds a BA in Psychology, an MA in Women’s Studies and is also an Acupuncturist, Shiatsu Therapist, a Life Cycle Celebrant and a Meditation Teacher. She has worked in the health and wellness field, specializing in the treatment of chronic pain and chronic illness for over 25 years.
Now semi-retired, Ingrid loves to hang out with her grandchildren and spend winters in warm climates with her feet in the sand where she can write to her heart’s content.
connect with the author: website ~ facebook ~ facebook ~ instagram ~ bookbub ~ goodreads

THE IDEA THAT INSPIRED ME TO WRITE FOR LOVE AND MERCY – C. Ingrid Deringer

As a writer I often get asked where I get my ideas for my stories. For my novel For Love and Mercy, the idea came from a conversation I had with my friend when we were on a road trip together. We were talking about our travels. I was telling her about an experience I had when I went to Greece in 1982.

I was backpacking across Europe alone. Near the end of my travels, I decided to take a last-minute detour to Olympia Greece on the Peloponnese Peninsula instead of staying another week in Athens before heading back home to Canada. On the train ride there, a nice-looking Australian man not much older than me, sat down across from me.  Conversation came easily and I quickly learned that he was a history geek. I was intrigued as I knew very little about the area except what was in my guide book. We stayed at the same little pension hotel and went out the first night and had a great meal, did some dancing with the locals.  The next day we went to the ruins and I learned all about Olympia where the first Olympics were held, and all about gods and goddesses, and Greek Mythology from his stories. It was fascinating! We then went to a little pub for a beer. I asked him what he did for a living. He took off his hat and placed it on his chest and leaned in towards me across the table, and in the most tender tenor voice, he sang opera to me. He was an opera singer!

When I told my friend the story, she said “You have to put that in your next novel.”

For Love and Mercy started out as a love story between Evangeline, a young woman from Canada and Valentino – an opera singer from Australia and then it grew…